Are we a child-friendly society – do we embrace children and their parents in all areas of 21st century Ireland? Or do we corral them into suitable times and places, conveniently out of the path of mainstream everyday life?

Fiona Carey thinks we have a way to go. When the Bray-based mum of one was unable to find childcare for a recent screening in the IFI, she brought her little boy with her. She had been looking forward to attending the panel discussion “Presence and Absence: Women in Contemporary Cinema” – an afternoon seminar on feminism and women in film – however, she was asked to leave after five minutes because her toddler made noise.

“After leaving, I felt pretty embarrassed for even having the audacity to turn up with him in the first place, but I’d been looking forward to this discussion for weeks and had no-one to take him. I didn’t feel outraged. I get it, no one wanted a baby there. I didn’t want him there,” said Fiona. She’s not necessarily angry with the IFI, but rather frustrated with the overall lack of child-friendliness in Ireland that she sees in her day-to-day life. She wanted to raise this topic, not as a means of criticising the IFI, but as a general discussion point.

And as she points out, there’s a certain irony to a woman being unable to attend a feminist discussion because she has no childcare. The IFI were quick to respond to the e-mail she sent to them, and are considering her suggestion to live-stream discussions such as this one to another room, where parents and children can attend.

But it does raise a more general question – is Ireland child-friendly? When Fiona brought this up, my first instinct was that day-to-day I don’t encounter much difficulty with my own children. However, this is primarily because I know my limits. I go to cafés and shops that I know are buggy-friendly. I go to parks and playgrounds and play-centres that are designed with children in mind. I walk or drive everywhere – I haven’t yet braved Dublin Bus with a buggy. I nervously check out new venues on arrival, and leave soon after if I don’t feel comfortable being there with my kids. I know which coffee shop staff will look anxious if I walk in with three kids, and which ones will welcome us with booster seats and colouring pages and smiles.

Fiona does the same. “I have my mapped-out buggy routes and favourite cafés and restaurants that I know are baby and child friendly. But I don’t want to be one of those parents that never leaves the comfort of the suburbs, I want to go to into Dublin and go to galleries and museums and places to eat and shop every now and then without being reduced to a blubbering mess because everyone I encounter glares or tuts or someone is just not nice to me and my child. I think some businesses think that, unless you advertise yourself as child-friendly, you don’t have to accommodate children,” she says.

Her last point reminds me of an experience I had some months ago in a coffee shop that’s beside my daughter’s school. Two friends and I went there, with our children, after the school-run. We went through to the back-garden behind the coffee shop, where we were the only customers, so the children could explore without infringing on anyone else. As the cafe is beside a primary school, a large proportion of the customers are mothers with children, but nevertheless, we were happy to be outside where we were less likely to invade anyone’s space. The owner however was nervous. “Ladies, I’ll have to ask you to watch those children” he instructed, as we walked through the café to the back-garden. We wondered to ourselves why he thought we wouldn’t do so, and laughed quietly about it outside. We bought our smoothies and coffees, and sat outside chatting. While I wouldn’t say we’re helicopter parents, we’re not far off. We kept the kids at ground level, plucking them off benches as soon as they started to climb, and calling out the usual reminders to stay up our end of the garden and stay out of flowerbeds. Unneccessary warnings – the kids were in good form and on their best behaviour.

But the owner was still nervous – the kind of person who is just not comfortable with kids. He came outside. “Ladies, I have to ask you again, you need to mind those children,” he said, and walked back in. We were bewildered (and I do understand that I’m asking you to trust me when I say the kids were well-behaved). He came out a third time, and repeated the same warning, so we gathered up the kids and told him we were leaving. It was an annoying experience, but not one that I saw as particularly unusual. “Man owns coffee shop beside school but doesn’t like children on premises” isn’t going to make the headlines. But perhaps it’s symptomatic of an overall attitude to children in Ireland – the idea that they’re inconvenient?

The same old “you didn’t have to have kids, it was your choice” argument is peddled out every time this discussion comes up, but it’s disingenuous at best, and not an excuse for businesses and society to shirk responsibility.

“Whatever way you look at it, the fact of the matter is that most women will end up having children,” says Fiona. “At the moment, whether we like it or not, most of us will end up being the primary carers of those children and many of us of us can’t afford or don’t want to put them into childcare every single time we want to leave the house and take part in the public world.”

Fiona agrees. “So much is being done to try to keep women in politics, in positions of power in companies, in public life in general, without there ever being any real discussion time being given to what happens with the kids. The only solution ever talked about is more affordable childcare. But wouldn’t it be better to create a society that is more tolerant of people who maybe aren’t “productive” …? Children, the elderly, people with physical and mental disabilities, people with short or long-term physical or mental health issues all find themselves on the outskirts of society”

If we can accommodate traffic and big buildings and giant corporations, perhaps we should also be more accommodating to the mini-humans who will keep all of this going in the future.

What do you think – is Ireland child-friendly? If you have children, have you encountered difficulty? Or do you think that businesses and society already do enough to facilitate children and their parents?

35 thoughts on “Is Ireland child-friendly?”

This site uses Akismet to reduce spam. Learn how your comment data is processed.

I’m a shoe-obsessed, coffee-loving author, blogger, and mother of three from Dublin. When I’m not writing or looking after the kids, I’m simultaneously making tomorrow’s school lunches, eating cake, and letting off steam here.
Office Mum is about being a parent, being a working mother, and trying to find a balance - with a good helping of honesty.
Thanks for reading!
Andrea

PS My three psychological thrillers, The Sleeper Lies, One Click, and The Other Side of the Wall (Poolbeg Press) are out now in all good bookshops.

The Sleeper Lies -  an Irish Times Top Ten Bestseller - available in bookshops and on Amazon.

One Click, shortlisted for Irish Crime Novel of the year in the An Post Irish Book Awards, out now in bookshops and on Amazon

The Other Side of the Wall, Number One Bestseller in Irish Crime on Amazon

You can also find my clippings on Contently:

An interview series with mothers – click here to see them all: 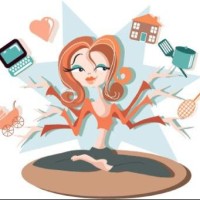 Unless otherwise credited, all photos are the property of OfficeMum.ie

We use cookies to ensure that we give you the best experience on our website. If you continue to use this site we will assume that you are happy with it.Ok